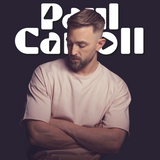 Never miss another
show from PaulCarrollUk

Support PaulCarrollUk by subscribing directly to this channel and get access to exclusive rewards.

Paul Carroll is one of the South-​West's hottest DJ's, with a reputation that's got him spinning his magic in clubs and bars across the UK. From old skool classics to cutting edge tunes, Paul smashes it every time with his wicked sets and unique urban floor-​filler vibes. Paul's experience on the decks started when he bought his first set at the age of 16, helping to develop a serious passion - and the talent to match. Pushing out mixtapes and fronting weekly RnB nights in bars and clubs , it didn’t take long before Paul's fresh and diverse sounds caught the attention of the country's biggest nightclubs, Brunel Rooms, Swindon. Taking to the decks as resident urban DJ in 2005, he worked with the likes of Shortie Blitz, Tim Westwood, The Dream Team, DJ EZ, DJ Luck & MC Neat and the Heartless Crew.

More than a decade later, Paul's love of urban music and serious talent on the decks has helped him become one of the finest and most sought after DJ's in the UK.