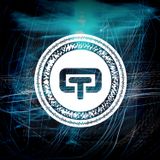 Ocean Trax was born in the end of 1996 with the releasing of 'Take me over', the first House of Glass's production that was originally produced by Gianni Bini, Paolo Martini and Fulvio Perniola with the collaboration of the great vocal singer Judy Albanese, one of the most popular house vocalist of those times. The single was released even in the UK under Minisrty of Sound with special remixes by Mark Picchiotti. After this Gianni and Paolo decided to continue their adventure in music business releasing the HOG follow up.
As a matter of fact in 1999 the first Eclipse single 'Makes me love' reached the UK top 20 sales chart and sold more than 70.000 copies only in UK. Not only: in 2000 the singles 'Disco Down' by HOG feat Giorgio Giordano, 'Soul Heaven' by The Goodfellas. This brings Bini&Martini to the top level as producers and remixers, and major labels ask them to put their hands on tracks and do remixes for the biggest names in music. OT Italian Leading House Music Label