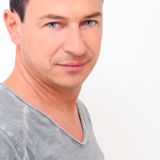 Never miss another
show from OUTWORK

Pietro Berti aka OUTWORK can boast a career spanning four decades, all in the name of clubbing. After his initial forays in the scene, highlighted by DJ sets across the world as well as special performances at events sponsored by the likes of Ministry Of Sound, Heineken and MTV. The gifted DJ and producer got his major breakthrough thanks to his massive single “ELEKTRO” feat MR GEE, an infectious track that quickly made its way to the playlists of some of the world’s finest DJs including Tiesto, David Guetta, Bob Sinclar, Roger Sanchez, Eric Morillo, Carl Cox and many others. In addition to the widespread support, “ELEKTRO” also earned OUTWORK a “Best Track Of The Season” nomination at the 2006 Dance Music Awards in Ibiza. Thanks to this amazing response, OUTWORK was chosen to remix artists like Roger Sanchez, Italian Rockstar Vasco Rossi and Sophie Ellis Bextor.