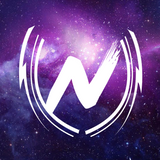 Never miss another
show from NuracoreNL

VWAB | Vroeger Was Alles Beter 2021 Warm Up Mix
by DiffusedReposted

Biograph:
Marhan Meffert is a Hardstyle/Hardcore dj/Producer under the Alias 'Nuracore', and lives in Arnhem, The Netherlands.
He fell in love with the styles when he heard 'Luna' spinning the decks on Sensation Black 2004.

Since that day, something snapped at him. The dream to become a Hardstyle/Hardcore DJ/Producer.He searched and listened to Hardstyle/Hardcore tracks and started to practice his spinning skills.
Eventualy in the year 2009, He started producing. Making loud kicks, Rough basses and saturated screeches.

To gain more fame, he started to destribute his sets on forum sites such as, LSDB, hardtraxx and Harderstate.His name started to grow and some radio's such as Hardstation.fm and FearFM became interested in Nuracore. Because of his unique style he gained more fame. Nuracore had a unique way to combine multiple styles in a set, He combined Raw, old & Euforic. Because of that he started