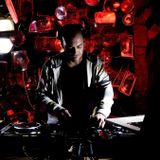 Before moving to Ibiza in 2009, Nick ´s taste had evolved to slower and groovier styles with electro and house influences and joining the label iBZ Recordings he also experimented new electronic trends playing for Take No System Parties.
He was also resident DJ of Wicked Tuesday Morning ( after Cocoon ) and Wicked Thursday Morning ( After La Troya. Amnesia ) with DJ The Gee ( Gee Spot Recordings ), Dimitri Nakov ( TRONIC ) and Marc Ramsey ( Noir ).

His style is a trend of its own, embracing the best of underground beats with a very personal mix of groovy and progressive touch. Nick Stim is today one of the few DJ who can presume of an exclusive musical identity.