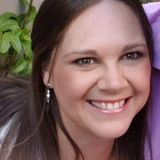 Never miss another
show from Ness-ADLDNB

"After silence, that which comes nearest to expressing the inexpressible is music" Aldous Huxley

Since beginning her DJ journey in March 2020 Ness made her debut by playing a guest mix for The Collective’s Lockdown sessions going b2b with DJ Proper Ganda in Adelaide, Australia. Since then she has played a radio guest mix alongside DJ CTOAFN on The Ones & Twos on Fresh 92.7 and has also presented a Vibe Guides Selects Mix for DJ Brighteyed, in Adelaide. Ness has also featured as a guest mix on Jacki-E’s Draw The Line Radio show on Radio Flintshire, UK and for Western Canada's Funk Bunker February 2021 mix presented by DJ Dreadnought. On March 21, 2021, a year after beginning her DJ journey Ness had the absolute honour of playing her first live gig at DNB Boogie at West Lakes Club for Pab Mejias and DB Records.
Enjoy the music