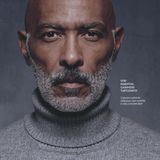 Never miss another
show from Lono Brazil aka MrBrazil

DISCO FOR THE LOVER IN YOU....
by Lono Brazil aka MrBrazil

A Global Nightlife & Music Industry Veteran, Lono Brazil from the first wave of House Music Promoters, DJ/Producers from Chicago and long time friend of the GODFATHER OF HOUSE FRANKIE KNUCKLES . He was instrumental in bringing Disco, House, African, Latin and Electronic to the forefront of the music scene. A former Executive at Capitol/EMI Records. He is known in the music industry as an Executive Producer/Artist Manager working with artist such as The Beastie Boys, Foxy Brown, Kool Keith, Michael Franti & Spearhead to name a few.

While living in Los Angeles in the mid 90’s Lono was a Radio Show Host on (KPFK 90.7 FM) “Global Village”. Currently living in New York City & London continuing to DJ,Produce, & Remix and after all these years he is still to this day regarded as a true ambassador of Quality Music. STUDIO 29 is his werkstudio located in East London. It also houses his Record Label. For submissions send to; cottagegroove@gmail.com Deep House, Disco Edits, Minimal Techno