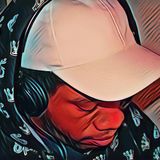 Being born and raised in Gary, IN, I picked up my musical tastes from my family consisting of rap, R&B, jazz, and blues but then I took interest in what is commonly referred to as old school house music. I studied and learned the basic techniques of mixing by listening to the Hot Mix 5 on WBMX in Chicago, IL. My favorite was Ralphie "The Razz" Rosario because of his smooth transitions between songs and his song choices. I mix many forms of house and EDM, but also disco, old school R&B and hip hop.