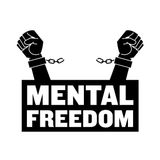 “Sub bass grooves with a message”
Mental Freedom is a dubstep DJ duo consisting of Benjamin Khan and Skali Yo coming from Sarajevo, Bosnia And Herzegovina.
Since their teenage days both of them were very active in development of independent music scene, organizing different events and supporting everything from DIY anarcho-punk, reggae and dub to pure 140 bpm deep dark and dangerous dubstep vibes, more recently.
Together with other bass enthusiasts from Sarajevo they hosted several club nights on monthly and weekly basis, most significant are Rootical Vibes, Transmission and Duba za Jahba.
Their sound can be described as a dynamic mix of primarly dubstep with a little bit of “anything can happen” from grime, dub, hip hop and reggae.