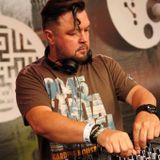 PUZZLE OF MY LIFE
by Matt Walli

there is peace in my soul ...
by Matt Walli

Music lover, who started playing music at disco clubs in his fifteen. Later after visiting first big party he was fascinated by atmosphere of audience and changed his music feeling and radically changed his way of music presentation. It was around year 2002. At the start of 2012 he made first attempts with Ableton and he fell in love with this software. His first track was done in cooperation with Andre Lesu and Tomas Drex and was released in summer 2013. He played in many clubs in Pilsen, where he has met many interesting people. His style has been evolving and he is still influenced by many music elements. Today in his mixes mostly dominated tech house and minimal music, but next time it can be more techno. That is why we can´t classify his style. The most important thing for him are sets full of positive energy, which will people enjoy. And his favourite names? For example Sebastien Leger, Wolfgang Gartner, Mark Knight, and many more....but today it´s more Daniel Portman