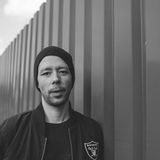 Never miss another
show from MMJ82

I started djing in 1998 and initially limited myself to rap music. In time, I expanded my music style to incorporate influences such as funk, soul, reggae, electro and rock. In 2001 I started working in clubs and began to organize my own events, taking as my main venue the legendary "Fiz Oblon”, near Osnabrück. In 2002, alongside DJ Derbstar, I founded the “82er”. We were later joined by another DJ, Puerto Nico, in 2007.
Since moving to Düsseldorf in 2010, I have been a guest DJ for different locations and events, was a resident DJ at "Blue Note'', and established in 2012 the "Gettin 'Schicki with it” parties at the “Schickimicki”. In addition, I work for the DJ College Düsseldorf. Since 2014 I have been a part of "Unmöbliert Soundsystem," along with the Düsseldorf rapper Opty Free and am also a DJ for the Düsseldorf Rapper Chuck Morris. In 2017 I became part of the ADS Crew.