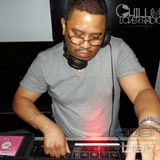 A Night at the Disco featuring Sylvester
by Moon JunkiesReposted

The Sounds of the New York Underground Vol. 16
by MATRIX NYC

This Is Our House - The Mix
by MATRIX NYC

THE SOUNDS OF THE NEW YORK UNDERGROUND VOL. 12 Afro Deep
by MATRIX NYC

New York City’s own MATRIX has been a fixture in the Dance Music Community for over three decades. He is widely known for creating inimitable musical experiences for fans and dance aficionados of House, Afro, Tribal, Deep and Soulful genres of House music. In creating his signature style, he draws his inspiration from the varied elements of music that he was exposed to growing up in New York City’s East Harlem/El Barrio neighborhood, which has always been known as a hot bed of creativity and diverse cultural expressions, and while also hailing from a musical family.