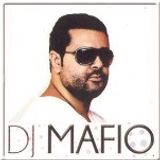 DJ MAFIO
PLAYS : TECH / DEEP HOUSE / NUDISCO / ARABIC MUSIC
Dj Mafio is a Tunisian Dj / Producer / Music Programming Guru who grew up to and was influenced by progressive house classics . He began his professional career in 2006 in the N°1 Radio Station in Tunisia (Mosaique FM) as a music scheduler and started to mix in the most famous clubs of Tunisia from 2008 carefully building his sets with his musical knowledge.

His debut production "Anger" was done in 2009 but due to work and other commitments the producing side has had to sit on the back burner for a while !

After putting a lot of his time in to radio work , Mafio is looking to produce and Dj a lot more in the coming years with the music he is very passionate about.