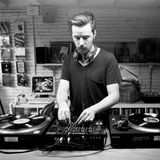 Never miss another
show from Lucient

Featured member of Lapsus collective and 50% of the C.E.E. Shepherds, DJ resident at the Laut club (possibly the best club in Barcelona right now), Dublab.es radio host, and one of the most restless and stimulating DJs of the Barcelona current scene, Lucient's records bag it is deep and full of sound delights.
Mario G. Quelart has been behind the turntables for more than 15 years but it was in 2012 when he created this alter ego that gave his career a step forward taking him to perform in venues such as Razzmatazz, Moog or Apollo and festivals such as SoundEat, MiRA and Sónar. Known for his eclecticism behind the decks, we can hear him mixing a myriad of styles with risky sessions where he entwines Leftfield Techno, House, IDM, Balearic, Disco, World Music and the last thing he has found in the least-thought bucket. The result, a fascinating journey that responds to the curiosity of an artist in constant search for new sounds.