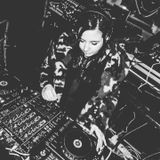 Never miss another
show from Liohness

Liohness has warmed up for big players in the scene such as Bcee, Dexcell, Submorphics,Technimatic, Keeno, Pola n Bryson. Alongside Hospital legends London Elektricity and Whiney and the legend himself General Levy at the Highest Point Festival 2019. She has also played The Beatherder festival twice on the Fortress stage, and for Neucode, Ibiza.

Liohness plays around D&B nights in Manchester, and is co-creator of Equilibrium, a club night aimed at serving up dnb and representing women and female djs in the scene.