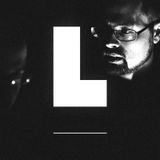 Never miss another
show from Levitone

Levitone a.k.a. Frank Visser is a progressive and deep house producer from the southern region of the Netherlands. In the early days he used to play in various bands but when trackers came a long his interest for producing music was spawned. With a distinct taste in the deeper side of electronic music creating melodic house music was a logical choice. Levitone is often found collaborating with his friend Four Days, a producer from Amsterdam, The Netherlands.