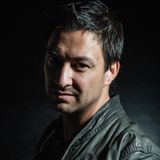 Never miss another
show from F1RM

Born and raised in The Hague (NL), Fedor’s fascination for music came at a very young age. Not really a surprise, coming from a very musical family. In his teenage years Fedor got in touch with the nightlife of Amsterdam. This is where Fedor’s love for House Music was born…

Inspired by his parents and the Dutch clubscene Fedor decided to buy his first turntables and records in ’99. He started playing on the beaches of Holland where he became a familiar face behind the decks in short notice… His style can be described as sophisticated, funky and sexy techhouse & housemusic. His technical skills, a great choice of records and an intimate contact with "his" crowd make him a talented performer.

This year has been very exiting with the release of his tracks ‘Candy Man’, ‘U Got It’ and ‘Free’ on Wazzup? Records with remixes by Belocca and others. More tracks and collabs are on their way, so stay tuned!