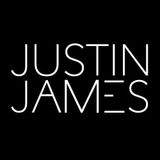 Never miss another
show from JustinJames

When a country’s electronic music scene punches as heavily as Canada’s, there is always a weight of expectation on artists emerging from its ranks. Fortunately, Justin James’ talent, energy and ambition have allowed him to climb the heights of his illustrious countrymen. Justin hails from Windsor, Ontario the same city as his label boss and techno icon Richie Hawtin. With Richie, Dubfire and many others as close, guiding influences, James has used this ammunition to fire his way to international recognition.

Being just across the river from the revered school of Detroit producers has not left James unmoved. The powerful emotions deep within the seminal tracks that emanate from across the border resound heavily in him. Being touched by this rich history has deeply influence James’ music production, shar...