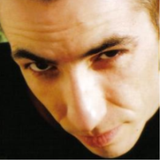 Never miss another
show from Joshua_StrikingWave

Joshua started mixing in 1992 after hearing a Techno program on the radio. Some BPMs later, his style had become Hardcore… He then started creating music and released his first EPs in September ’98 on KS Records and Epiteth Records. Others followed on KS, Epiteth, Beast, Neurotoxic… until 2002 when he released his ‘Spleen’ mix CD.
He also played in a lot of parties like ‘Hardcore Paradise’ in Strasbourg , at the KL in Toulouse, at D-Day in Nancy, in Londonn Amsterdam, Rotterdam…
Joshua likes morbid ambiences, industrial sounds & dancefloor tracks that are not too linear.
In april 2000 he created his own label Striking Wave to release new artists of the electronic scene.
In march 2004, Dark Temple see the day.