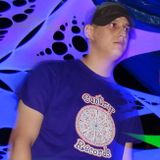 Never miss another
show from Imba604

Behind the project Imba is Nikola Petrovic, coming from south east of Serbia, city of Nis. Today he is one of the leading modern goa-trance producers! His style can be described as twilight goa with strong acid lines and cosmic resonances.

In the summer of 2008 he started producing, and not much later he, in 2010, he started the Space Elves project.

As a live act he played on various parties and festivals in countries such as: Belgium, Bosnia, Croatia, Germany, Hungary, Israel, Serbia, Spain & Russia!