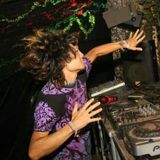 Dj Masala (our first Japanese Suntripper!) is known from gigs allover the world and specialised in melodic and highly emotional old and modern goa-trance!
His story goes like this:

Dj Masala(Takaaki Midorikawa) is a goa trance adventurer! Being a dj and promoter based in Japan, but often travelling, and living in Europe as well! Travelling around the world influenced his music for sure, and even before he knew goa-trance he was already influenced by the music of India, Sri Lanka and Nepal! Masala passed through the gates of Goa trance in 2011, and he already became a dj in 2012! He is specialised in new and oldschool melodic morning Goa trance that feels cosmic and emotional! His sets have storytelling based on getting his audience´s spirits in a state of trance. In 2015 he started playing his DJ sets worldwide!