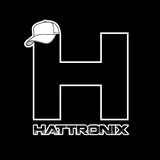 Never miss another
show from Hattronix

Having been heavily influenced by dance music and the 1990’s revolutionary rave scene, Chiang Mai (Thailand) based DJ/producer Hattronix (Scott Hattrell) has been mixing on the ‘one’s and two’s’ for over 25 years, appearing at multiple underground events and clubs around the UK, Europe and Asia.

Taking inspiration from a diverse range of acts such as Tango & Ratty, Zinc, Seduction, Prodigy, Altern8 and many more, his knowledge of Rave culture reflects in his DJ sets, where he incorporates Jungle, D&B, Old Skool, House, Tech House, Breaks, Electro, Techno and even Gabber to get the dance floor rocking!

After taking time out to travel the world, he has completed a Digital Music degree at Southampton Solent University, while concentrating on his DJing and production.