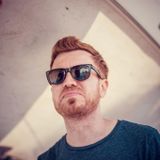 He played alongside and supported by Claptone, Phill Weeks, Purple Disco Machine, And.Id, Tapesh, Joyce Muniz, Rex The Dog, Jody Wisternoff, Paco Osuna to name a few.
and you may have heard his Live sets at Waha Festival, Sunwaves Festival, The Mission, Studio Martin, Kristal Club, The Acadamy (Ireland), Kafemat (Serbia).
Or perhaps as a guest in playlists and radio shows/podcasts at Tunnel FM and Dance FM and a guest show on Ibiza Global Radio,
Since 2013, he is Co-owner and label manager of MIAUDIO Music label, where they release an eclectic array of house sounds,
In 2017 Summer Season will be performing Live at H2O Mamaia Beach as a rezident DJ.