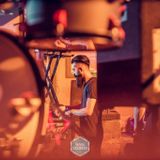 Never miss another
show from Groovetique ✅

Groovetique burst onto the electronic music scene in 2013 with a refreshing take on lush, Deep-inspired house music, pricking up the ears with some flavoured Groovy House and Techno sounds.

As Romania’s underground scene takes shape under the guise of an increasingly deep and experimental form, there are some who would seek to break from the path that those before them had previously set. One of these few promising individuals is Groovetique, living at the heart of the Romanian scene, it’s capital Bucharest.

Groovetique always take an 'anything goes' approach. His restless straddling of genres and inspirations are testament of years of working.