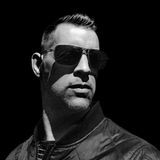 Support Giorgio Blanco by subscribing directly to this channel and get access to exclusive rewards.

General Info
Born in Amsterdam, the Netherlands as an visually impaired boy with 20% eyesight.
Giorgio developed a great passion for music at a young age. This love for music was given by his mother, and still plays a big part in their lives each day.

During his childhood in the mid 80’s he began to “mix” cd’s, cassette tapes and vinyl on his parent’s HiFi Tower system. At the age of 13 he bought his first computer to compose music with: the Amiga 500+.
He got influenced by music styles of the so called ‘Eurodance’ music at that time. At some point he also made a few, so called, ‘Hardcore’ house tracks.
In the late ‘90s he discovered DJ’s like DJ Tiësto and Armin v. Buuren, and that was exactly the style he was searching for.
In the following years he surrounded himself with more and more music equipment, like mixers, cd-players, MiniDisc players, turntables, etc.

After years of DJ’ing as a bedroom DJ, he never got the chance to show his skills in the clubs. The eyesight was a probl