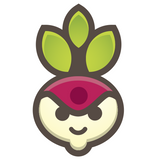 Never miss another
show from Freshtables

I entered the music scene as DJ Heartattack in 1995, when I launched a Jungle, Drum & Base radio show on CKDU (88.1FM) (ckdu.ca) called “Hardcore Nightmares on Wax.” I still do the show, now called “Freshtables,” every Wednesday night, though now I cover the latest in electronic dance music (EDM). Over the years I’ve introduced local listeners to the sounds of Jungle, DubStep, and Moombahton.