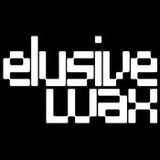 So it all began in a nightclub in Oxford circa 1984. It was the first time I got my decks out of the bedroom and played what I loved to hear. At the time it was soul, funk and hip hop. The first and second night when down a treat with people queuing around the street. Working with many other DJ's we put on some legendry warehouse parties across the capital. All my colleague DJ's were all into underground house music and that's what we played for us, it just so happened that we managed to gain a good following of supporters.
When the criminal justice Bill was passed through Parliament in 1994 we all had to get jobs in clubs which at the time was not my bag. Nonetheless, my friends were involved with the conception of The End so I went on to work there for over nine years behind the booth....I am now organising parties across the UK and Europe aptly name 'Cutting Room'. A mixture of disco, house and funk. Stewart has also written an essay on The History of House Music, via Amazon.