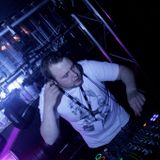 Dr Bren fell in love with Hard Dance and the scene from an early age and knew this is where he belonged.

Playing tracks from his favourite producers around the world. His first resideceny started with Contrasts ClubNights then going on to support some of his favourite DJ’s with Club Nights such as Blackout, Hard breed. Space pr . Headliners , Planet Love and Kiddfectious - Supporting acts like Anne Savage, BK, Jordan Suckley, Alex Kidd, Mark EG, Scott Attrill And Mac & Taylor ,

Since Settling in Melbourne, Dr.Bren has been in the Studio perfecting his producing skills and working on new ideas He’s a regular on the Hard Dance scene and has a residency with BASS Maniac
Promos - inquiries