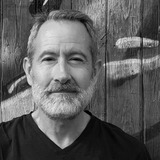 Berlin based DJ and producer with emphasis on underground and progressive music, Don Herman's passion is finding and sharing with others deep and intoxicating rhythms that feed the soul. Winner of a “blind” DJ mix competition and host of monthly radio show “Journeys,” his mixes have aired in over eight countries around the world. His productions include “Pathways (Well Lit Rework)” which was featured on Beatport, Spotify, Apple Music, Deezer, and other music outlets. Drawing inspiration from masters of the craft including Jean-Michel Jarre, John Digweed, Nick Warren, Hernan Cattaneo, Guy J and more, Don proudly supports and encourages growth of the underground music culture.