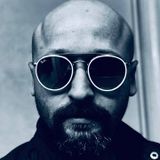 Enes Akcay originally from Istanbul, Turkey and currently resides in Washington DC, USA. He has been attached and listening to Trance Music since ‘99. Tiesto and Armin Van Buuren were big inspiration for Enes, until he started to spin in 2007.

Enes had a private event back in 2015, Mexico with one of the best classical music teachers. The audience, crowd got in love with his music and style. The organizing party promoted Enes after his successful event to so many places, where it ended up with Enes playing all over the Mexico. Within a year he learned a lot about classical music and jazz. That when it all began. He started to mix Trance with his unique style. It is also the reason why his page named “Enes Akcay shows different face of Trance music that no one recognized or discovered before”