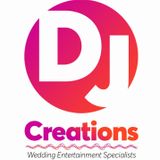 Dj George Emmanouilides was born in the late 70s in Thessaloniki. His father was a film maker and his mother has worked as a secretary. It has been since his childhood that his father instilled the love for music and cinema in his heart and mind
As you can infer, it was back to those years that the beginning had just been made …
George Emmanouilides attended courses of Sound Engineering at Barnfield College, UK and completed his studies at the Rock Studio of Pandelis Deligiannides.
He started his radio career in 1992 at Splash Fm as an assistant producer and continued working at Fx Fm, Cool Fm, Top Fm, Channel 1, Geronimo Groovy, Α103 Children on FM Radio, RSO.
In 1998 he started organizing events and in September 2000 he established his own company. Since then Dj Emmanouilides has been giving his best, always combining good quality music and know how while having next to him a well-trained staff ready to respond to your ultimate desire.