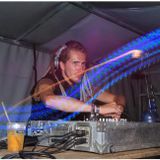 Anthony Fink (Dj PsyToniK) was born in 1985 in the western part of Siberia. Since his young age he's in love with electronic beats.
All the childhood long he was dreaming of becoming a DJ and playing good music at parties around the world.
Since the 6'th grade at school he organized school parties for his classmates playing Rave, Acid House and Techno.
At 1999 Antony moves to Israel where he meets new styles of music: Psychedelic & Goa Trance.
Since 2006 he performed at various events from North to South of Israel
In 2014 he travel to India/Goa for a month and found for himself a unique style of music.
In 2015 he got back to India for half a year, He's been performing at 9 Bar, Uv Bar and various parties around Anjuna, Vagator, Chapora....
He's been performing at Andaman Islands, North of India (Himachal Paradesh/Parvati Valley)
After half a year in India he fl...