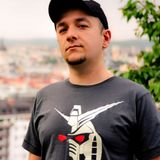 Never miss another
show from DjSnow

One of the most prominent figures in Romanian drum'n'bass, Dj Snow started playing records in 1998 due to his love of music, although the dnb scene in his country was inexistent at that time.

Thanks to his perseverence, in 1999 and 2000 he gained residencies in the most important clubs in his home town, Cluj Napoca. In the following years he played at the most important Romanian festivals (as a main guest) and parties across the whole country and abroad.

In 2003 he set up Zoom Out, an organization dedicated to the promotion of broken beats.

Since 2005 he has been working with McAgent, storming dancehalls nationwide and abroad.

Snow is one the most respected and loved djs in Romania, due to his excellent mixing skills and his powerful, vivid style. In the recent years he played alongside names like Pendulum, Chase & Status, Noisia, Sub Focus, Netsky, Camo & Krooked, Friction, Zinc, Fresh, Bailey, Cyantific, Klute, Bad Company, Commix, Black Sun Empire and many others.