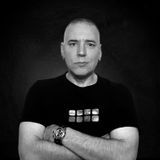 Never miss another
show from DjDutchmanJack/J72/JackVonM

Jack van M. aka DJ dutchman jack/the dutchman
Dutchman jack has been in the scene for more than 27 years now.
He has always been busy with music and at the age of 12 he discovered
his great passion for vinyl and mixing.
When he was around 18 he got his first resident job in a club (capice)
He played there more than a year and there he came in contact with
the organizers of channel X.
His first big club was club X. After half a year the bookings came from all
over to play in Holland, Belgium and Germany.
Clubs were Dutchman Jack has been spinning his records as a resident DJ.
- Capice
Qu
Club X (wuustwezel/riel)
Kozmoz
Wallstreet
Illusion
Club Insomnia (zino)
- Reloaded (Castel)
- The Virus
And many more….
And parties were Dutchman Jack has played.
Nightmare outdoor 2009
FFWD (2004, 2006, 2007, 2009)
Proud to be loud
I love tremplin
Limburg Love Parade 2003
Glorification
Back2school legend edition
Imperial Hardcore
Omelette du frenchcore