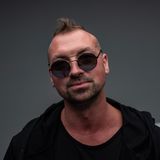 Never miss another
show from ARSENIC

Soviet (USSR) born Canadian Techno DJ
known for his dark afterhours sound.
Early life
At age 6 he started his musical journey by taking violin lessons at Gnessin Russian Academy of Music in Moscow. By his early teen years, he started to gravitate towards electronic music and his early influencers were the English duo The Chemical Brothers and The Prodigy. Meanwhile, the early EDM movement in Russia started to take over nightlife and international DJs started to perform in Moscow. His early experiments with mixing on tape recorders progressed into using software to create mixes and sets which let him enter local underground parties and perform  warm up sets at unauthorized raves.
The new take on sound is heavily influenced by Markus Schulz (after-hours sets) Eric Prydz (CirezD), Adam Beyer, Stephan Bodzin, Danny Tenaglia, Nicole Moudaber and other Maestro’s of this genre.
A huge impact on his sound was made by constant pilgrimages to the Cathedral of Sound (((Stereo))) Montreal