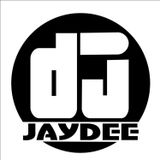 Jaydee Bio
Jaydee’s interest in DJing all started way back in 1988/89 when he hit the rave scene in a huge way and simply fell in love with House Music. Immediately he went & bought 2 Technics 1210 decks and a Numark 1775 Mixer. After Quickly learning the art of mixing 2 Records.. He was given the opportunity to play at some large events around that time including Escapade, Enigma and Club HQ (Camden) to name a few. This gave Jaydee the confidence to play to a large audience at only 18 years old.. DJing at his own organised events took place later on at a number of venues in North London. Music is his passion and now at over 50 years old he has spent over 34 years behind the Decks . For him it isn’t just about just playing music, he has studied how music has evolved and how digital music is created and where it all came from. and the influence it had back then and today. Music has played a massive part in his life, and still does to this very day. Over recent years playing at the Mini