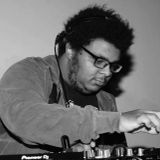 In my life I've always liked music, in fact since I was a child, I used to listen to Queen, Rolling Stones and Beatles with my parents.
Receiving my first cd player I started making Italo dance music compilations, then moving on to much darker and hypnotic sounds like: techno, minimal and progressive.
I always went to the events of the "Matrix" to follow my favorite DJs, like Ricky Le Roy, 00XZicky and Paco Ymar, from there I went to the rave scene for a few years, returning then to today when I fell in love with the tech house and techno, thanks also to Carl Cox, who is still my undisputed idol.
I started my career as a DJ in the tourist villages thanks also to my superior of the time who saw in me the potential in that sector, and today I also decided to study at the r12 school specializing in the music production sector.
Summer 2017 was very important, two EPs of 2 tracks each were released for the Californian label Vudeux Records:
"One Attack EP" and "Anathem EP".
Currently