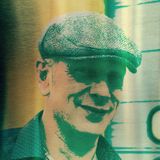 In the 80's, Hans van Barele/Deejay HvB got interested in, at the time, a new kind of music, Housemusic. Hans van Barele/Deejay HvB, began to mix his own tracks somewhere in the 90's. First there was Rebirth, then Fruityloops and Acid Pro. After a while he discovered the "Mac" and Logic Pro, so he made the switch from Microsoft to Apple, because he was blown away by the opportunities in Logic Pro, especially Logic Pro 9. He also learned to work with Cubase and Pro Tools at the studio, but he fancy's Logic Pro 9 and Reason 5 more.