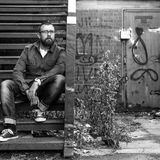 Never miss another
show from DeaconBrodie

Deacon Brodie is the Techno pseudonym of Iain Clement. The story of Deacon Brodie was the real life inspiration for Robert Louis Stevenson's infamous story 'The strange case of Dr Jeckyll and Mr Hyde' The real Deacon Brodie was a Scottish gent, fine cabinet maker by day and leader of a gang of thieves by night. He was eventually caught and hung, even then he tried to wangle his way out of death. This man, this inspiration showed the duality of men, the darker side to the light. DJ'ing, Deacon Brodie has been dj'ing for nearly twenty years, playing various clubs and bars primarily in the north east of the uk. He worked in commercial radio for the best part of 15 years producing imaging and items for on air, and produced various shows including talk shows, chart shows,breakfast shows and more importantly dance shows. He has played across regions and across networks spanning thousands of people. While his music tastes and names have shifted throughout the years. There has always been a te