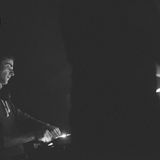 Never miss another
show from Danny_Clarck

Danny Clarck born in 1981 Novigrad (Croatia) started a musical journey already in his early teens. Influenced by various styles of electronic music genres such as Deep House, House and Techno that were later determinate his style of musical expression.

By 1999, Danny bought his first pair of gramophones and started to play music. Not too long after that, Danny became a resident dj at the club in Umag (Croatia) owned by Seven, owner of right for Ultra Europe and one of the biggest Croatian entertainment agency. He has a opportunity to work with a variety of worldwide known djʼs.

After an extended period working with Seven agency and not happy where the club music was going, Danny decided to move back on his initial love that was a underground House and Techno genre.

In 2012, Danny confirmed his deep and dark music style by releasing tunes for Frequenz...