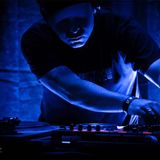 I've been D.J.ing since 1994. Fell in love with 80’s new wave, Industrial dance, and electronic at an early age and naturally became involved with music production & D.J.ing. House music was my music of choice to play in the mid-90's. I Was playing Chicago, Detroit, and European house at clubs and raves in the mid-west. Now I'm still rocking' the beats but have expanded my sound to include drum & bass, hard style, breaks… and anything that feels right.
I recently had a residency at Sidebar on Sundays here in Phoenix for about 3 years where I played house along side with international dj’s and Arizona most talented DJ's.