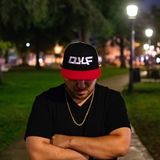 DJ LF aka The "Latin Flavor" aka "Liquid Fingerz"
was born in Palm Springs, CA and raised with'n the Coachella Valley home of the Famed "Coachella Fest"
there He grew up with a major interest and passion for music, and his Drive to be an Outstanding Mixer
and Exquisite Turntablist, is what has earned him the reputation as one of the best dj's in the hispanic community of the Coachella Valley, and which in turn was Nominated
by CV WEEKLY MAGAZINE's Music Awards for 'Best Event DJ 2018" and ''Best Club DJ 2019"
DJ LF's interest in music has sparked Innovative Drops and Scratches, using latin infused sounds, beats and tracks, and with his knowledge of music he has produced singles in the HOUSE MUSIC genre
which are Featured on iTunes and Spotify
along with a multitude of Mixes & MixTapes which can be found on his online catalog,
featured on www.soundcloud.com/DJ_LF