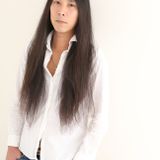 Never miss another
show from DJ_KENTARO01

He was attracted to the ROCK MUSIC and starts to play a guitar when he was a teenager. He played METAL, PUNK, which creates his backbone these days. His start of DJ career was in 1998. He plays wide range genres such as Soul/Disco/EDM/Billboard that he could make the audience tuned at so many nightclubs in Japan. The experience working as a DJ for almost 20 years leads him to built the high level groovy atmosphere in the venue. And in that point, he also got a many supports from not only the crowd but from the other DJs in Japan.
In 2016, he signed a residency with one of the biggest nightclub in Japan, which is “V2 TOKYO” (Roppongi, Tokyo) and play with big names like QUINTINO, KURA, WIWEK, WILL SPARKS. In March 2017, he dropped his first official MIX CD ”V2 TOKYOEXCLUSIVE Party Hits vol.3 mixed by DJ Kentaro01” includes his first Remix “Thinking About You”.