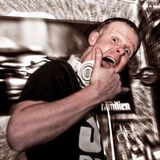 Never miss another
show from DJ_Alan_Key

A DJ for around 30 years now, from warm up slots to headlining and eventually a touring and constantly booked DJ. In the 90´s one Scotland´s top DJ´s playing all over the UK, Ireland and some European dates. In the early 00´s he also started to play some smaller rooms to explore the Urban sound which is now classed as the golden era of R&B and Hip Hop, rreleased a mix CD entitled: “Traks! Take the party home with you.” in the UK & Northern Ireland eventually being voted as one of the top 5 DJ´s in Scotland.
Now living in Norway since 2003 and gaining residencies in some of the cities best Clubs and regular appearances at Festivals including 6 years at Roots Festivalen in Brønnøysund and my 3 years at Parkliv (formerly Strandafest) in Ørkanger, a resident DJ at Gatefæst in Trondheim as well as twice DJ for legendary Hip Hop act ONYX (US), plus warm up sets guest artists/DJ´s as well as official afterparties including “VG Lista” and launch party for “Jenny Skavlan´s clothing line”.