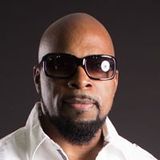 Since and early age Torch has been drawn to music in an emotional way. As life went on he grew even closer by practicing his mixing skills on an Old Teac cassette deck, when he was a child and then later on, honing those skills on the industry standard, Technics 1200.

One of Torch’s greatest strengths lie in his ability to read a crowd and adapt to a genre and style that keeps the Party rockin’ and the club owners happy. In other words, Torch reads a crowd like Peyton Manning reads a defense. He makes his own changes to best fit the mood of the crowd and manipulates the music in a way that best serves the crowd and sells drinks.

Torch has been exposed to a highly diverse selection of music, which even today influences both his original pieces to his creative and versatile mixing styles. He enjoyed everything from his father’s favorite Classical pieces to Old School, RnB, Funk, EDM and 80’s rock.