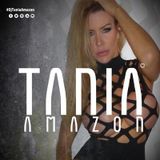 Tania began her musical career playing in UK's most iconic and famous clubs, such as gallery at Ministry of Sound London, also at Londons most famous underground club, EGG in Kings Cross London, as well as at Pacha London, the same venues that the biggest global headliners & producers in the music business also play at