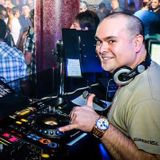 DJ Ricoché, can be seen spinning the hottest EDM and Top 40 Remixes throughout the Las Vegas GLBT community. DJ Ricoché has worked with numerous world renowned performers, including Amber, Kat Deluna and more. After a career as a Radio DJ and Television producer on the east coast, Ricoché relocated to Las Vegas in 2004. He quickly got involved with the GLBT community, spinning at venues of all sizes. Ricoché has donated his time to the Gay and Lesbian center of Southern Nevada and other community events, and has been a staple at Las Vegas Pride for over 4 years, where he headlined the main stage, the dance tent and pavilion. His most recent partnership with GayDays Las Vegas will bring him continued exposure nationwide. His floor filling, high energy style keeps the crowd moving at any event and he has been a go to producer/remixer for numerous female impersonators throughout the city of Las Vegas.