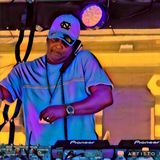 Never miss another
show from DJROCK354

DJ ROCK, born Anthony S. Smith and raised in Jersey City N. J., has made a name for himself, but it wasn't easy. Over 15 years ago, DJ Rock realized he had an undeniable love for music. He took that passion and began polishing up his skills on the turntables and now playing on CDJ Deck. In 1984, DJ Rock began listening to DJs like Tony Humphries, Merlin Bobb, Shep Pettibone and Timmy Regisford.

In the past, DJ Rock began playing in small local clubs in Jersey City and performed at summer events. His hard work and dedication led him to broaden his music genre and diversify his fan base. In his own words he says, “I find it difficult to stand out from other DJs because I find House music to be very similar in a lot of ways.

That’s why I like to work really fast, and let the crowd know that by putting songs on top of each other. It helps to get the crowd pumped up! He IS trying to turn me out! I want the audience to be turned out, surprised, and shocked by the selection I play to expre