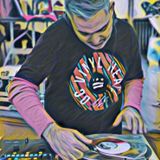 Never miss another
show from DJOsoFresh

Bobby Alirezai aka DJ Oso Fresh has been blessing the decks both far and wide since 1985. Oso has played every major club in DC from the 90's and early 2000's and still wont stop keeping the city's Hip Hop scene alive and well.

Oso was THE mixtape pioneer, repping the DMV with units sold all over the country at indi music shops and Tower Records in every major city in the US. While he may be a DC legend his music travels further than the city walls.

HIs 3 decades of rockin' parties has given him the opportunity to open up and spin with the likes of KRS-One, Phife of ATCQ, Jungle Brothers, Clipse, Sadat X, Vast Aire, ED O.G., Organized Konfusion, Company Flow, Slick Rick, Ghostface & Raekwon from Wu Tang, Mark Farina, Francois K, King Britt, Marques Wyatt and many many more.

There are a few Johhny Come Lately's around the country using the name Oso Fresh, But there is only ONE Original DJ Oso Fresh! www.osofresh.com