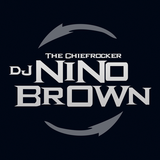 RAMOE - FOR THE LOVE OF HIP HOP MIXTAPE VOL.2
by RAMOEReposted

Regarded as Australia's # 1 Urban DJ, a member of the World Famous Chiefrockers aka Chief Rockers Sound, Nino Brown can be heard on Radio in Australia on The Edge in Sydney Tuesday & Thursday at 8pm, and from 6pm Saturdays, and 10pm Australia wide on the Drop, on the Hit Network ). In New Zealand on Saturdays at 11pm on Mai FM, as well as on Supreme Clientele Radio & Digital Dope both on Dash Radio, DJ Nino Brown is a pioneer in the Australian Mixtape game, selling 500k units of his Mix series, "Blazin' " - Enough talk - Enjoy some mixes !